Man Smacks His Car And Lands On a Roof Top

A shocking but quite amusing incident took place in Palos Verdes Estates in Los Angeles. During the mid afternoon hours a car out of nowhere came crashing down right on the top roof of a two step floor house.

The resident of the house a lady who was inside her home when the incident took place was taken aback by this bizarre and wacky incident.

Though the car landed up on the other side of the house which was a part maintained as a garage, the house lady was in the residential area enjoying her peaceful mid afternoon hours playing games when the incident suddenly out of nowhere shook her up.

Reportedly she experienced a heavy jolt like that of a train getting crashed inside, before her senses could figure out what actually had happened. The weird incident that unfolded nearly at 4 P.M left the driver trapped in his own immobilized car on the top of the same roof. As per the sources the guy who was in the driving seat suddenly faced some medical issues following which he was unable to take the full control of his vehicle leading to the consequently awful but funny event. 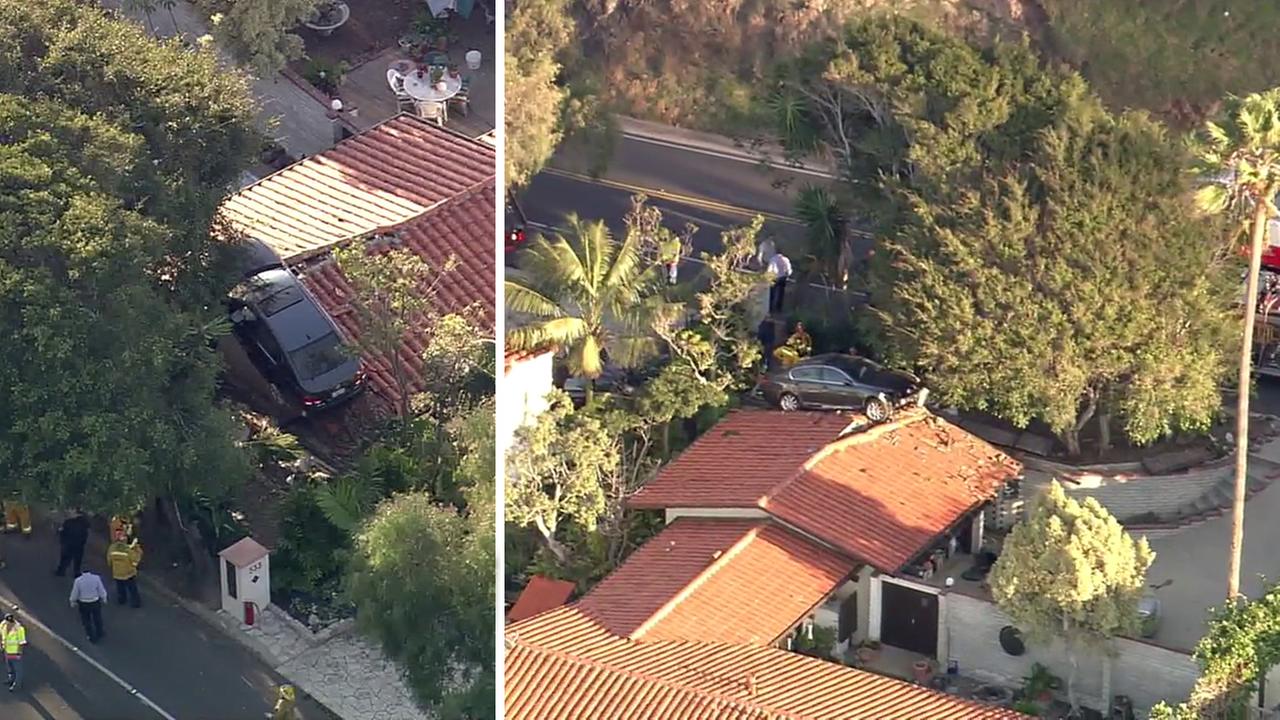 Officials of the emergency rescue and the fire fighters with the use of a lifting crane took the car out of the roof along with the man inside. No serious casualties were reported as the crash happened on the other side of the house which was just an isolated garage. The driver who is currently hospitalized is reported to have escaped with just some minor proportions of injuries. 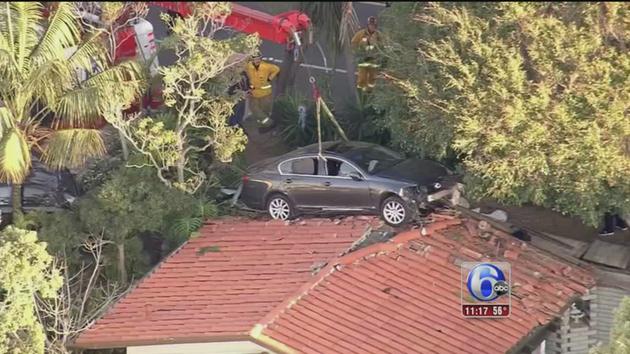 The car was completely wrecked and the officials had to block the area to clear the scene. Reportedly before the vehicle actually landed up on the roof of a hillside two step building house it had also crashed itself towards two cars that were parked in the area adjoining a yard only to make a drastic fall on the unfortunate house in the 500 block arena of Palos Verdes Boulevard residence.

The shocked resident of the house states that she fears this might not be the last time that such an incident has taken place. Other residents of the estate area also reported that incidents of such kind keep on happening.

It was a Lexus car which had four doors, reported to have been driven towards southbound region before the man in the car actually lost his control on the vehicle. He was in a conscious state at the time of rescue. 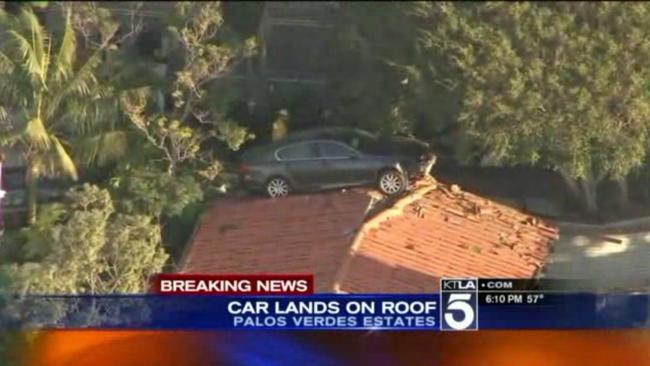 The lady of the house has accounted the incident as extremely tragic which has left her with a completely damaged garage. Residents feel the need of proper safety measures as an assurance to avoid incidents of similar type which in future may lead to life threatening serious casualties.

Even though the present incident failed to report any grave casualties legal action needs to be taken to avoid such incidents in near future.

Army Veterans to Depart with Blast